Sportfiskemässan is Swedens biggest gathering for fishing. This year it was time to go back to Jönköping for the fair, last year it was held in Stockholm. The fair is getting bigger and bigger every year, and this year was off course no exception. I have been responsible for being the one to put together the flytyers row for a few years now, lots of work but a task I enjoy very much. For this year me and my friend Anders Grünning (se photo below) went down early Wednesday to build up the area. 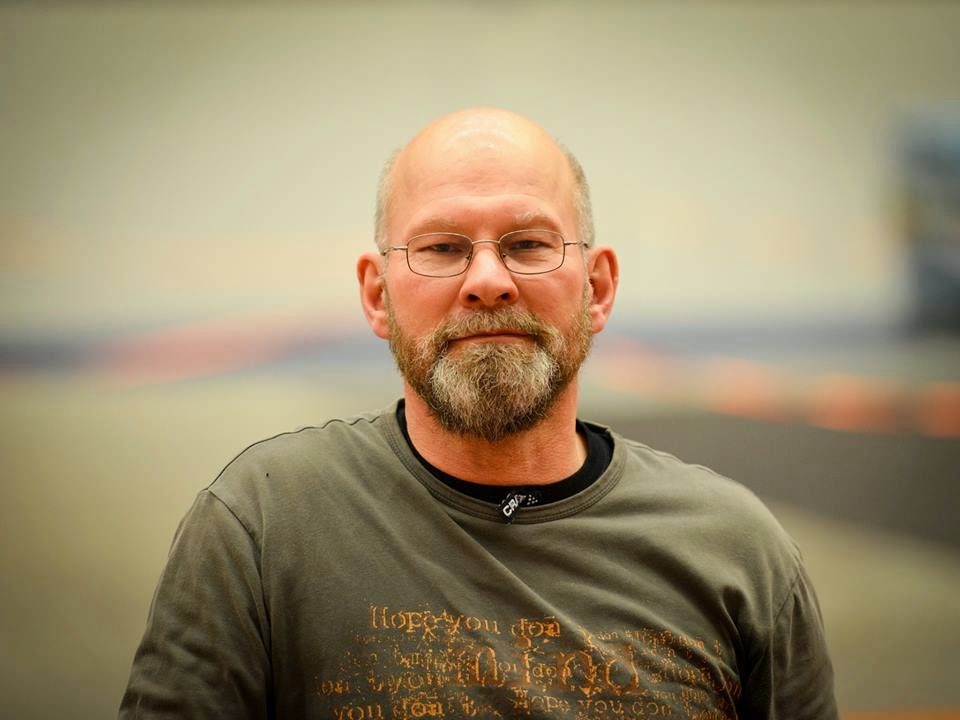 We also got help from two of our friends, David Stenström and Markus Hoffman, thanks guys. 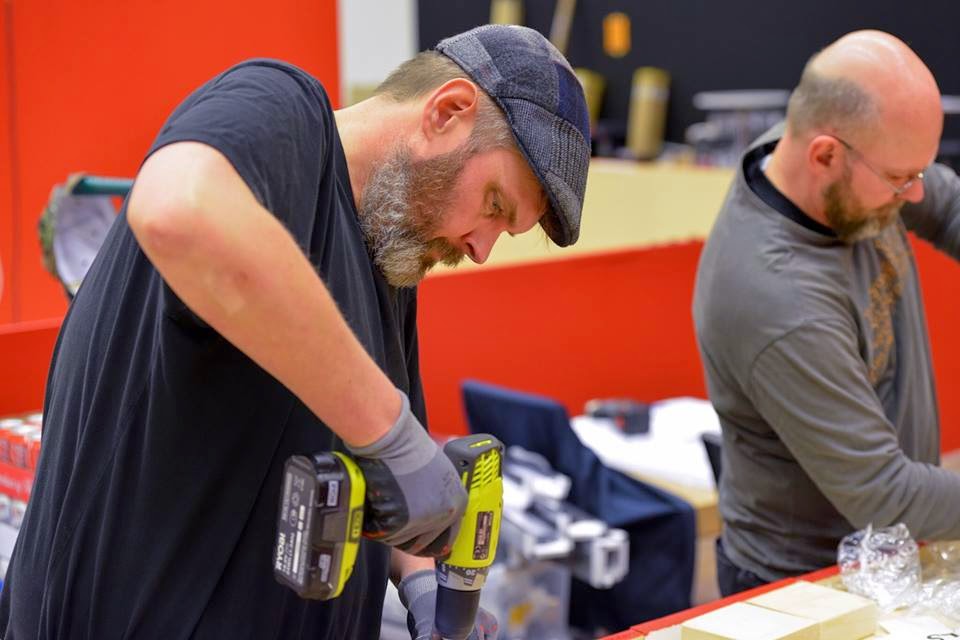 We had a nice workday without bigger problems, might be that we have done it a few times by now so the routines have been set. Above a picture of me and Anders mounting the scenery. When the evening closing up on us we were done and ready to leave the fair area to meet up with the other tyers at the hostel, Sjöhaga Pensionat. We try to arrange so that we live together so we really can meet and take care of each other, its like having a second family. We had a pretty calm first eveing as we were going out fishing river Baltak on the thursday. Below a nice picture of my friend Markus Hoffman taking the first trout of 2015. 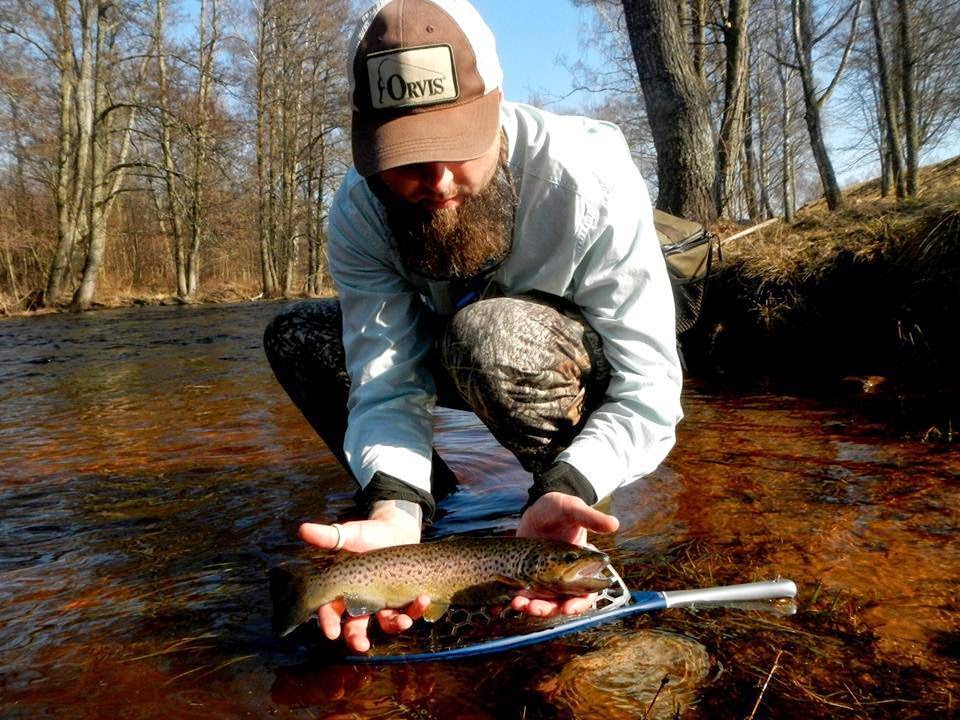 We had an amazing day with really nice whiter and most guys catching fish. Well yes even I caught a nice fish. Below a picture of me trying to get some attention. 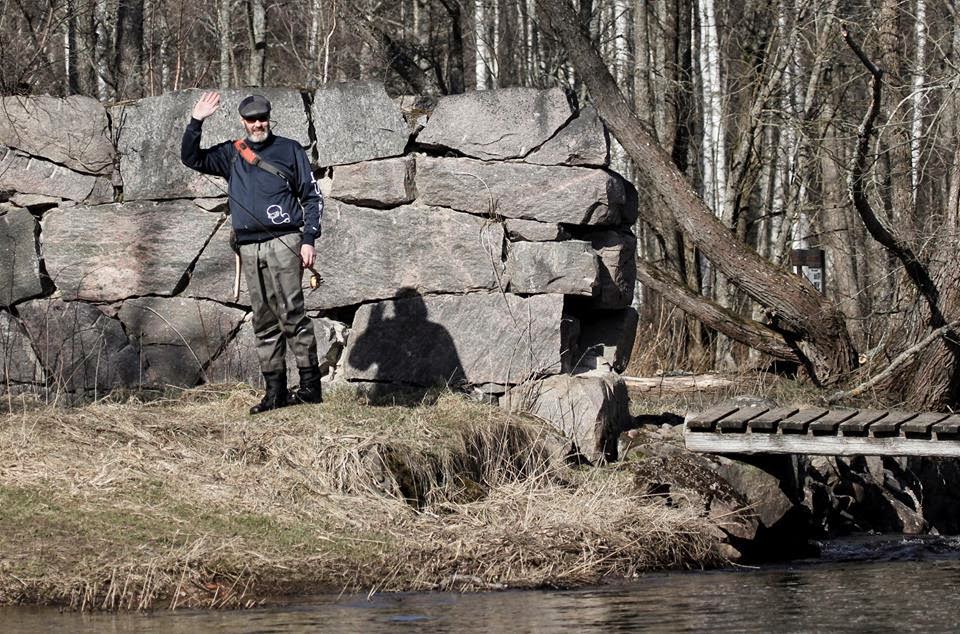 We finished the day at the afternoon to meet up at the hostel again, now time to meet more of our fellow flytyers. For this fair we had gathered 22 tyers, from Norway, Sweden, England and Ireland.
Thursday evening we had our annual Sjöhaga hostel Peasoup, panncakes and Punsch to go with that, as usual very nice. After the dinner our Norweigan friends had made a nice little challenge for our friend from the north, the hillbilly the wicked Stefan Larsson. Stefan is awesome on whiskey, I must say knowing nothing about whiskey but how to get a headache, I was really impressed. He could by smelling and looking say pretty much all you needed to know about the whiskey, he almost nailed the name of it, almost... next time Stefan :-) 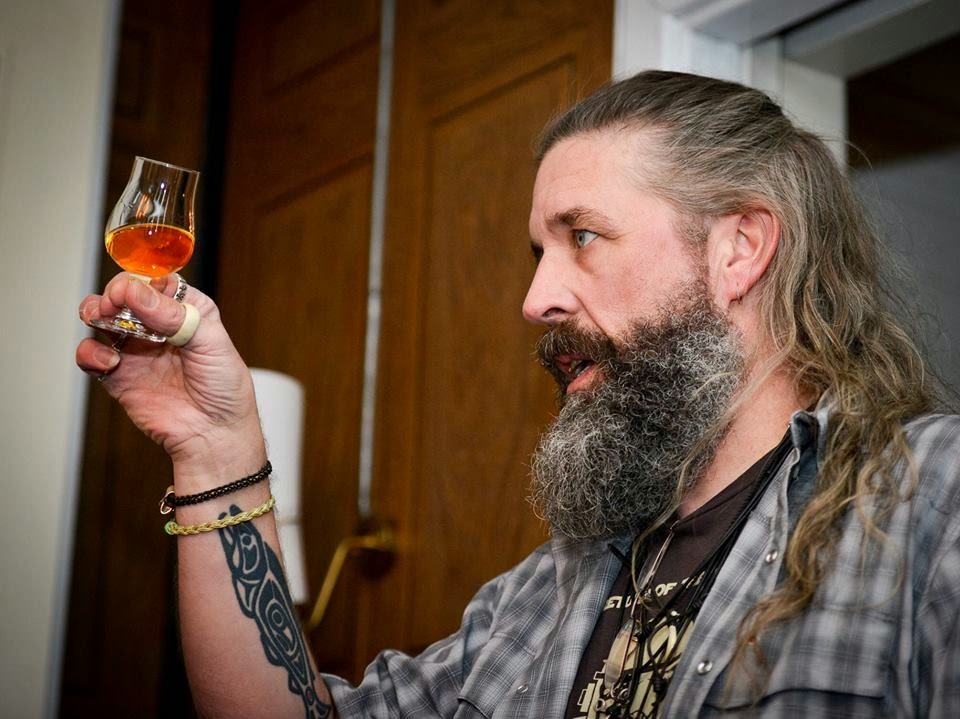 The evening continued and we had a great time, Richard and Eivind took care of the entertainment 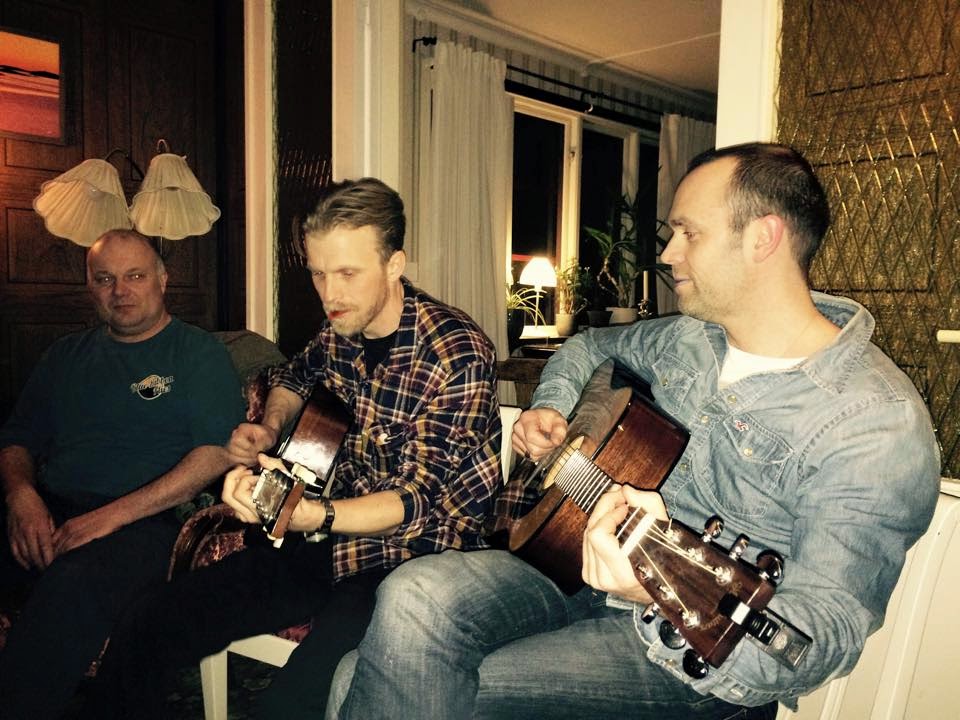 Well of to bed, we all had a long three days of tying flies at the fair. Below a picture of me concentrating to start up the tying. 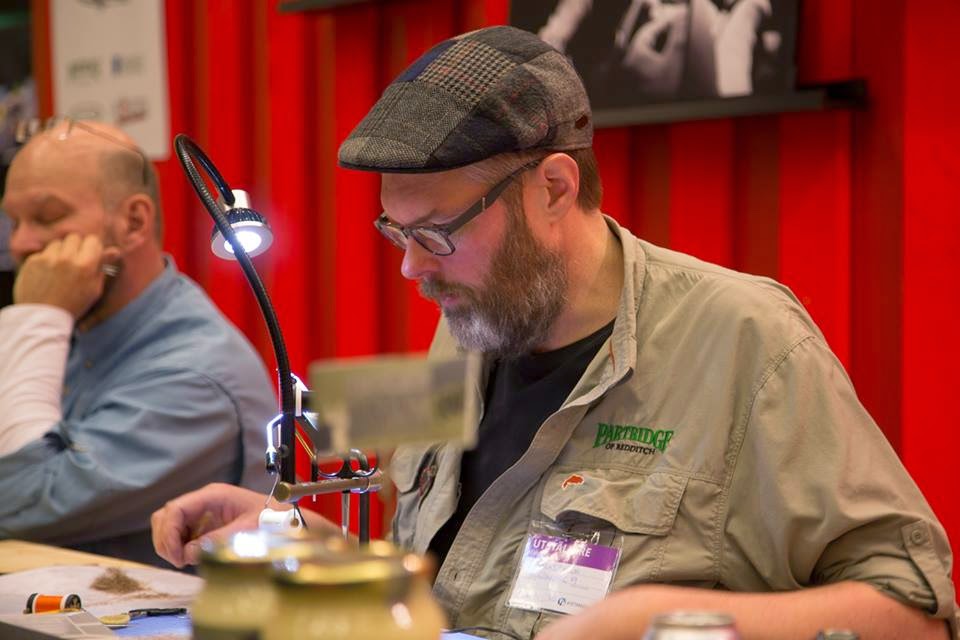 Ulf Hagström using his nose to hold his flies. 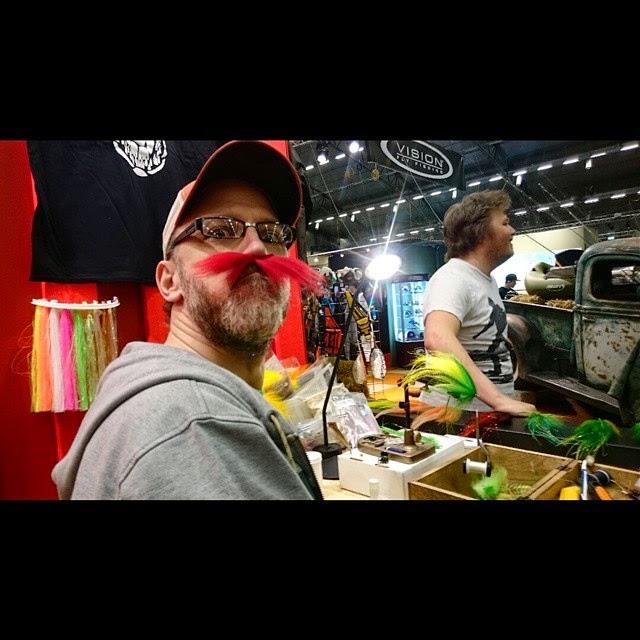 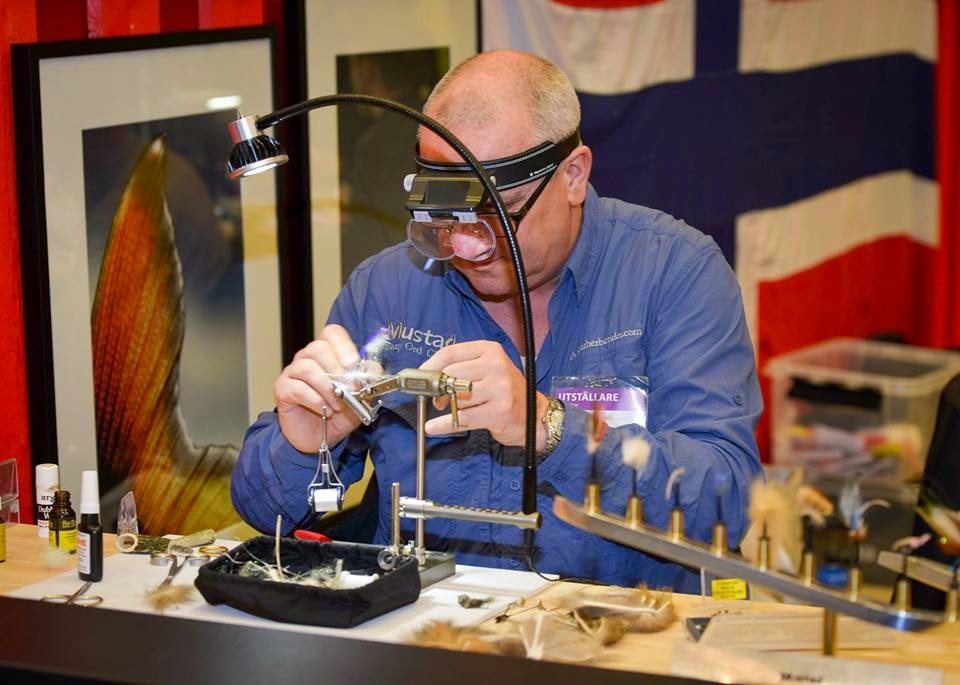 Well the weekend continued at the same speed as above, I can only speek to myself but I had  ireally good time. Meeting some new aswell as catching up with some old. A big thanks to all involved.

As you all proborably understand, its impossible to make such arrangements as this without help. I want to take this moment to say thank to the ones responsible making this event possible. Thanks Niklaus Bauer at Vision/Flydressing, Stephan Nielsen at Sporting, Mark Hamnett at Partridge of Redditch, Markus and Mårten at Hökensås and offcourse Agneta Brunell at Sportfiskemässan.