A story about a fly and it´s originator 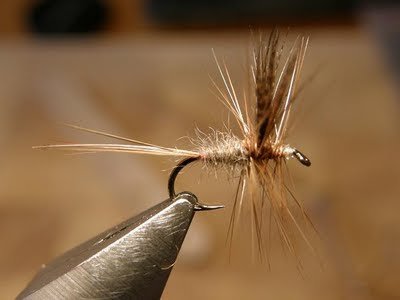 Most dry flies fished in America during the end of 1800´s were mostly imported English patterns dressed to suite English waters. Because of this dry fly fishing wasn´t very common at this time. But in the end of the 1800´s that started to change, one of the pioneers was Theodore Gordon sometimes called “father of American dry fly fishing”. Most fishermen have heard of Mr Gordon, but there was offcourse others. I will with this piece try to tell a little story about a fly and it´s originator.

I first saw the “Bradley Special” in a fly swap I hosted, it was tied by my friend Roy Christie. It didn´t look like much but something with it´s simplicity caught my attention. Offcourse the fact of me never heard of it before also added some spice to the situation. The rumour says that a William A. Chandler, a well known fly fisherman from the banks of Neversink originated this fly. He was a good flytier and tied all his flies himself as the imported ones from England didn´t satisfie him. Chandler had great belief in that the wings was the most important part of the fly and also he added extra fibers to the tail, the common way at this time was two to three fibers but Chandler could use up to six sometimes even eight fibers.

The “Bradley Special” is the result of Chandler and his friend, Beaverkill trout club member William A. Bradley efforts. Chandler and Bradley was experimenting with a dry fly for fast water. They came up with a fly dressed with brownish mallard flank for the wing, rough blue/gray fur from the back of the red squirrel spun in a double strand of red silk. Finally medium red hackle for hackle and tail. Chandler later gave the fly the name after his friend.

In later years Mr Bradley had his “Bradley Special´s” made by the Dette´s. You could really tell that Chandler and Bradley had experimented with this fly as he wanted the fly tied in several different way´s depending on the water, weather conditions etc. The Dette´s did during this time make these special orders for their customers. They had a special card with Bradley´s different dressings for his belowed fly. In Eric Leisers book “the Dettes” you can understand that Mr Bradley was a quite demanding customer, he also made them promise not to sell the fly to any other customer. Winnie said -Quite frankly, he was a real pain in the you know what. 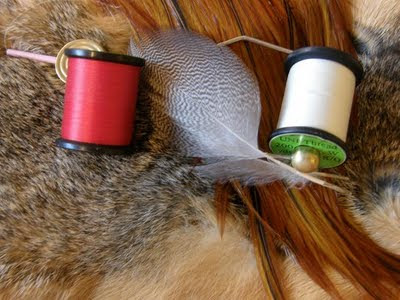 The British flyfair around the corner. This weekend I started to make plans for what to tie. I decided that The Adams will be one of the flies I will demonstrate. Why? well the thing with me and patterns is that I like  agood story, and this one got one.. 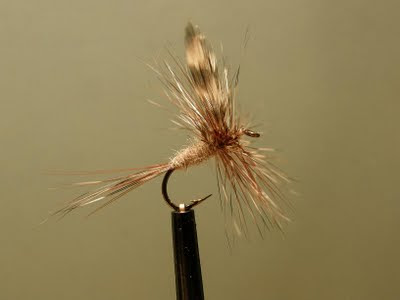 The Adams dry fly came to this world through the vise of Leonard Halladay of Mayfield, Michigan about 1922. Halladay designed the fly for his close friend Charles F. Adams of Lorin, Ohio. Judge Charles F. Adams asked his friend Halladay to create a fly that would imitate the insect the discriminating trout were favoring that day. Leonard Halladay and Charles Adams used The Adams with great success on their beloved Boardman River, Michigan.

From the beggining the fly was tied with two strands Golden Pheasant tippet or grizzly hackle fibers as tails and the wings were tied spent. Some people says that the Adams was first tied as a downwing to imitate a caddis. As for most known and belowed patterns there are a lot of different stories and for sure, the Adams has over the years been tied many different ways.

Even though it was originated in Michigan some catskill tyers like Rube Cross, Walt Dette and Harry Darbee early saw The Adam´s advantages and started to tie it comercially. There are still some contemporary catskill tiers that might shiver when the Adams is called a Catskill pattern. The Adams are proborably one of the most sold flies in America and known all over the world, maybe because of that these gentlemen took it to their vises.

A problem with this fly is to find the round hackle tips that requires for wingmaterial. The search for long, stiff hackles has made the hackletips narrover and more pointed then they were in the 1920´s. Walt Dette´s sollution to this problem was to use hackletips from hen birds.