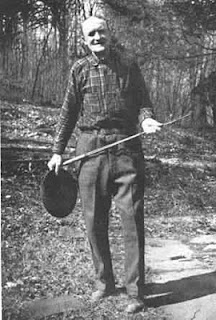 An old woodsman, trout fisherman, farmer, fishing guide, hunter and one of the hallowed four flytyers who founded the Catskill fly-tying tradition.

Christian was a great trout fisherman, widely known for his skills of finding the bigger fish. Christian learned to know Theodore Gordon around 1906 as a result of that he needed some decent flies, he had heard the rumors of Gordon’s flies so off course he decided that he needed some of those. As time went by they became friends. Christian was on a regularly basis fishing with Gordon, showed him where the really big trout’s were to be found. Despite the fact of Christian guiding Gordon in the Catskills after the big ones, Gordon never showed Christian anything regarding fly-tying. Gordon even put away his materials etc whenever Christian came by. Christian learned the secrets and how to tie flies by taking apart Gordon’s flies.

The most known patterns Christian left us are the “Christian Red Body” and the “Christian Green Body”. Two similar flies with the color of the body to separate the two patterns. The tail and hackle uses stiff fibers of dark dun, a peacock quill makes a nice dark rib over the glossy floss body leaving a nice segmentation and finally a lovely divided wood duck wing. 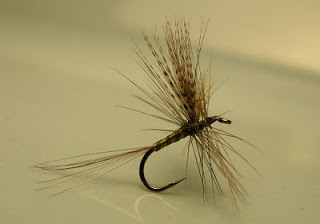 I think these two flies are amongst the most beautiful Catskill patterns. Now I only have to try them on the trout as well, and as Christian was known for his big catches he should know what he was doing when he created these masterpieces. 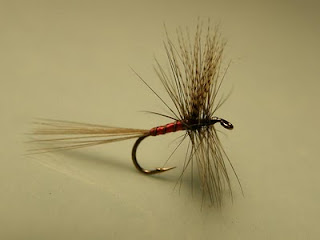