Finally.. Last weekend was the start of small stream fishing 2012. We took a day off and decided to make it a longweekend in Dalarna, see my fiances folks and my fiance went to a Gardenfair. Well I nearly didnt manage to get out off the car before I got into my waders. I decided to see how my little favourite stream looked after the winter. I decided to take it a little easy just to get into the right moode. So I took a cup of tea and a nice Backwood Honey berry cigar, sat down  and just enjoyed the outdoors. 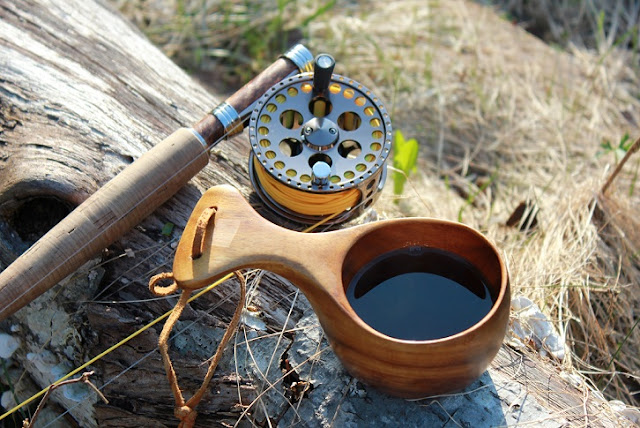 The stream was beautifull, not many bugs in the air because of the temperature but  I saw some rises. Got two smaller Grayling on a Streaking Quill, a quill bodied Muddlerpattern. Later I got two nicer Grayling on a old goodie, a wet Wickhams Fancy.

Now I feel the urge of fishing in every part of my body, I am amazed over the fact that I managed to survive the winter without fishing. As you all now time goes to fast when we are out fishing, I stayed out until the darkness came.

As I have a very understanding fiance I went fishing on the sunday aswell. I am a proud member of Lungsjöån Borrsjöån Flyfishing club, the club had an event on the sunday so I went there got 2 really nice trouts both showed me their best sides. We gathered for some bbq by the stream and had a really nice time. Offcourse I had the tying gear with me and showed the guys some of the patterns I use in this river, The Frey Fox Variant, a Quill Gordon and a little Spider. 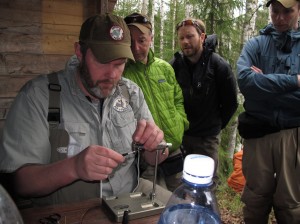 We had a nice day but unfortunatly the day passed to quickly. Thanks Jonas..