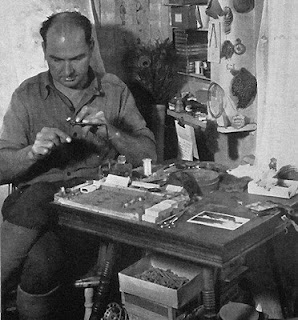 “From Reuben R. Cross Lew Beach , New York” A trademark full of respect by anglers from the past and present. Theodore Gordon might very well be the one that popularized the dry fly to the American flyfishers, but from looking at pictures of flies from Cross and others my opinion is that it´s Cross who set the standards to the Catskill style dry fly of today. Cross was the first professional flytier to write a book about flytying, Tying American trout lures (1936). He wrote three more books, Cowdung of Shrin Creek, Fur Feathers and Steel (1940) and finally The Complete Flytier (1950).

Reuben Cross grew up in the Neversink area, the domains of the master himself, Theodore Gordon. Cross claims to have learned to tie flies from Gordon, who knows? The stories tells othervise, not even Herman Christian who was a close friend to Gordon got any hints or lessons from him. On the other hand it´s known that Gordon taught Roy Steenrod to tie flies. Later Cross said he learned to tie flies by taking apart Gordon´s flies, this feels more reasonable as it seems to have been a common way to learn the art those days. Cross himself wasn´t that eager to share his knowledge either, Walt Dette said that he offered Cross 50$ if he taught him to tie flies, an offer Cross quickly turned down. Other stories tells that Cross did show his techniques and secrets as long as he didn´t felt any competition, a fact I can relate to as he was a semiprofessional flytier and partly tied flies for a living. Later in Cross´s flytying career he did great efforts in sharing his knowledge, attending at angling fairs etc. 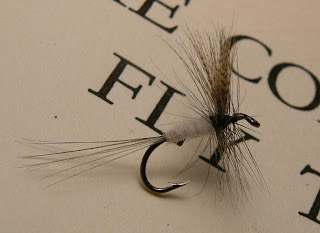 Reuben´s most known fly was the “Cross Special” named by the way it´s originated, a “Cross” between a “Quill Gordon” and a “Light Cahill”. Cross was once asked about what made the “Cross Special” so special, “Not a damned thing”, he replied.
During the time my own interest of the “Catskill style dry fly” grown into the passion of today I have learned that Cross was kind of a grumpy guy. After have reading his last book “The Complete Flytier” and after writing this little piece I have slightly changed my mind about Mr Cross. The book is about flytying in general, techniques, patterns and materials. The book is easy to read and understand, kind of laid back written and here and there I also found some laughs, so how grumpy could Mr Cross be? One of the laughs were the “Tie a dry fly” part were in the book is shown, tie in the tails first. Walt Dette who learedn to tie by taking Cross´s flies apart said that that wasn´t the way he tied them, so maybe he tried to hide some secrets even in his own book. My favourite parts of the book was the chapter of “Effective Patterns” were I found the “Ken Lockwood” Gray hackle and tails, Woodduck split wing and gold wired raffia straw body.
Ken Lockwood 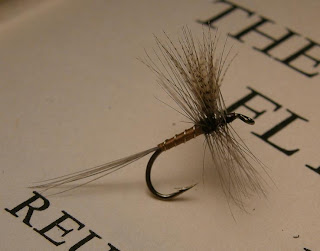 Another chapter that fascinated me was the “favourite patterns”. Her I found the “Monsignore” originated by a Mr Claude Norton a flytier active in Newburgh, New York.
Monsignore 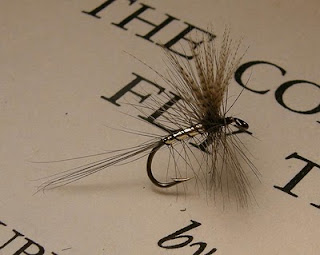 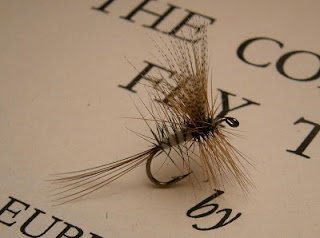