Must say I love this little project of tying my new friends collection of Catskill Flies, it feels like it gave me a kind of "mojo injection", which I really need with Sportfiskemässan (our biggest fishing fair)coming up in just a few weeks. I managed to stretch the day a little further, just enough to manage one more fly to the box.
The fly  I decided to tie was he Red Quill, one of my favourite Catskill Style dry flies, one of the most beautifulll flies there is, asccording to me anyway. This fly imitates the male version of the Ehemerella Subvaria, and it was originated in 1933 by another Catskill heroes Mr Art Flick. A somewhat juicy detail is that initially he claimed to be the first to use hackle quills for bodies, but unfortunately he was mistaken, well he did excuse himself by saying he´s not entirely sure but.. 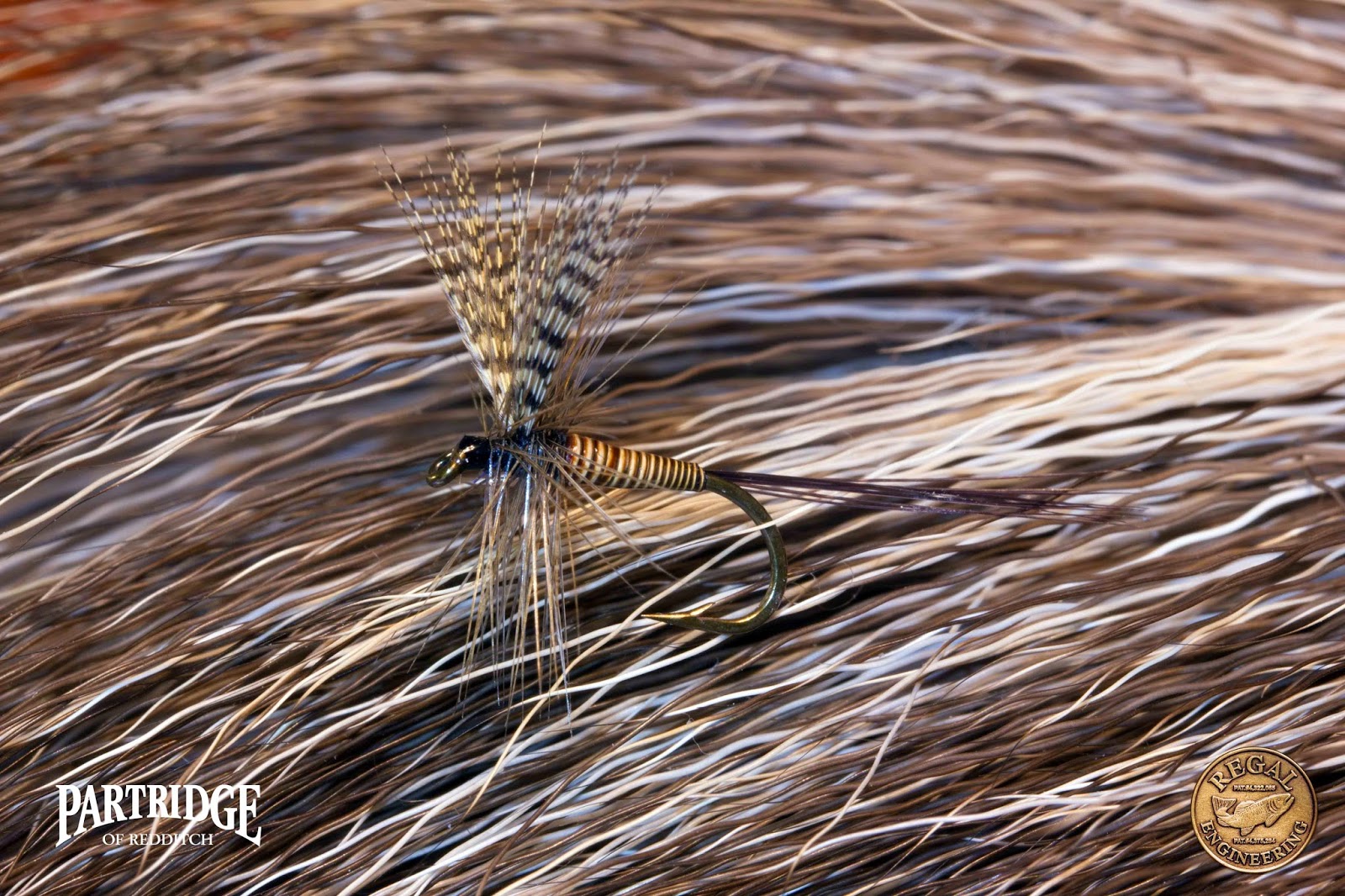 In H.G. McLelland’s book How to Tie Flies for Trout (complete title The Trout Fly Dresser’s Cabinet of Devices or How to tie Flies for trout and grayling fishing (1898) as it happens, you can read: “Another kind of quill is that obtained by stripping a long hackle or saddle feather of its plume on either side. It makes a very natural looking body, which, so to speak, tapers itself automatically in the forming; the quill used being tapered, and so the joints of the body becoming wider and thicker as the winding proceeds from tail to shoulder. “A friend, to whom my first acquaintance with this material was due, makes a very beautiful red spinner of the shaft of the saddle feather of a dark red game cock.”
Not that it matters, just another "there isn't much new to find in the art of flytying.
Red Quill (As tied in the picture)
Hook:  Allcock W170 #12
Thread:   Testreme 8/0 black
Wing:   Woodduck flankfeathers
Tail: Cock cape Dark Dun
Body:   Stripped hacklestem from Rhode Island Red
Hackle:   Cock cape Dark Dun
Now comrades... Off to bed.