The Big ones is here

Godmorning my friends.
Not far off now until I once again stand by the shore of Stavre in north of Sweden. I have been there in the beginning of July as one of the staff of Swedish magazine "Flugfiske I Norden" for the last three years now. I could blame the fact of being among the staff, or the weather, lousy flies etc... ok I admit, I have not catched a single decent fish there, offcourse some smaller fish, but not those bigger ones that we know are there. This year I decided that I will be better prepared, and give the evening fishing more time, I wont give up until I get a decent one. So I have now started to build up my boxes for the event. As I most tie classic stuff I don't have many Danica patterns, so that one is kind of a puzzle for me. I saw my friend Joe Bonasera tying up some extended bodied flies with deerhair thought I should give that a go as I thought it looked interesting. 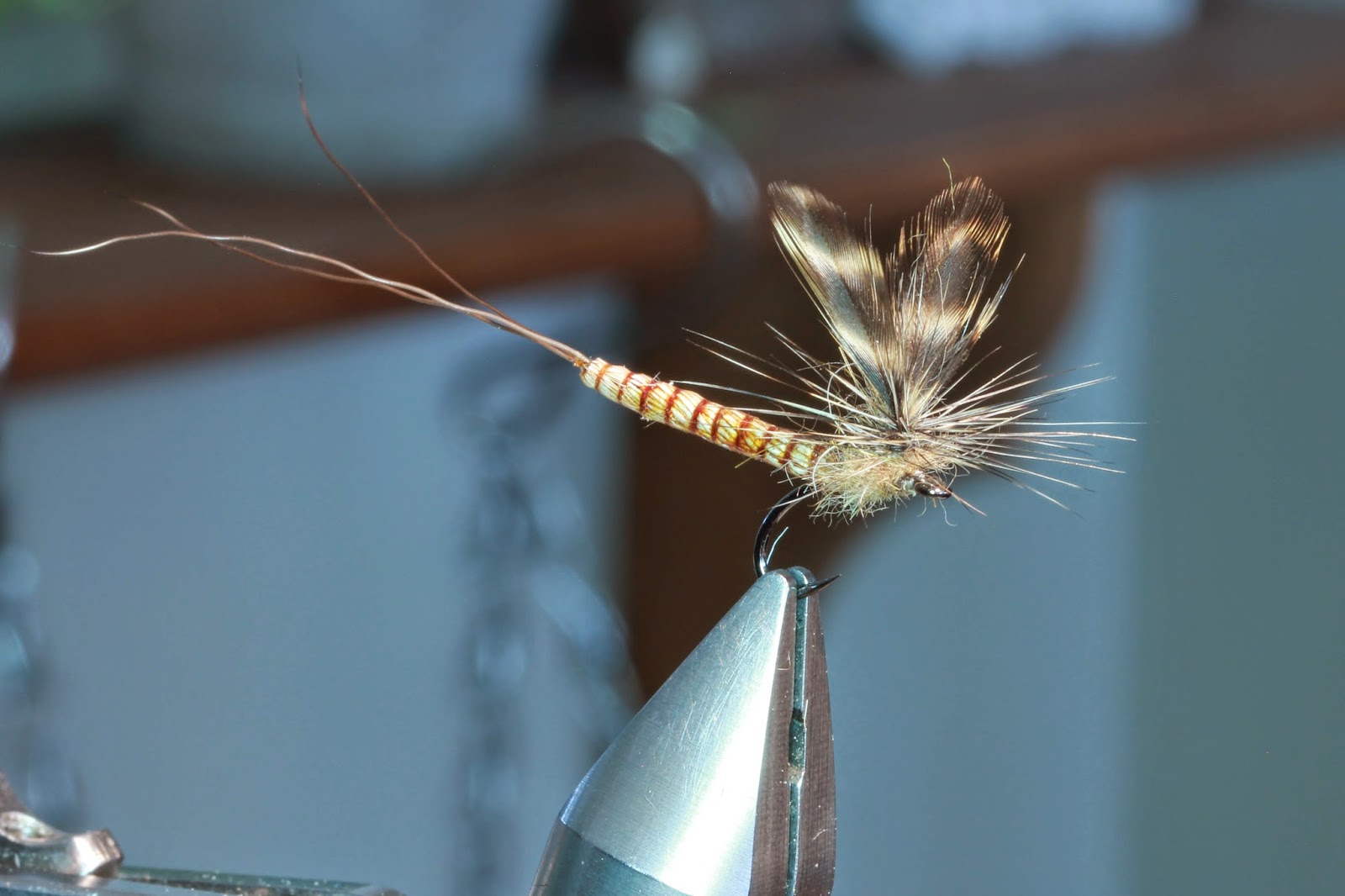 I tied the body on a needle, attached three long fibers from a moosemane then I took white dee hair and tied it in by it tips at the point where the tail would end. Worked my way forward just as you do with foam for the "Mohican Mayfly", first attach deerhair, fold back and some thread under, fold forward etc. When done I took Deer Creek Diamond Flex UV resin and covered the body with that to make It slightly more durable. A set of Adams wings so I have something classis on the fly, a Cree parachute hackle, and some Squirrel SLF as thorax.

I actually liked the result, with time we´ll see if the fish likes it as well.. I wont make many of them though.. it wasn't easy to get the tail right.

Over and out
Niklas
Upplagd av Niklas Dahlin kl. 01:57